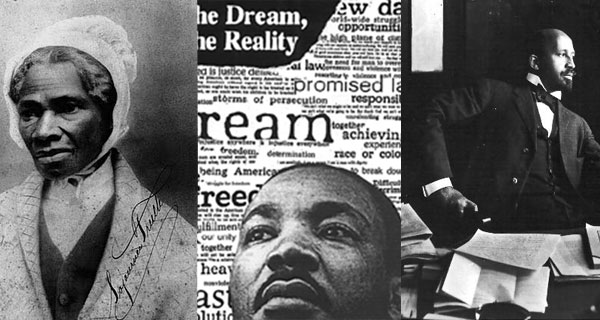 I’ve heard it said that change often comes when one person sees something wrong and decides to do something about it.  When that one person, big or small, powerful or insignificant, makes a firm choice, in that moment, to stand up and speak out against injustice.

That day for me, my friends, was Monday, August 29, 2011. Fresh off a weekend full of black entertainment with the telecast of the MTV VMAs, the Internet and blogosphere was all ablaze. But as I sat in my living room flipping from channel to channel and jumping from site to site, I couldn’t help but feel…disgusted. Disgusted and disturbed. From sun up to sun down, both my television and computer screen were covered with two images: that of Lil’ Wayne and Chris Brown.

Two young black men who’ve contributed nothing positive to society nor black America short of entertainment. Two black men known for their blatantly misogynistic lyrics and, in the case of one, domestic violence against a black woman. And we as a society were celebrating these two as if no other news existed on earth –  the truth of their character buried underneath glamour, pomp, and circumstance.  I’d had enough. Taking to Facebook to vent my frustrations, the following post spilled from my soul like a geyser of truth.

This, my dear sisters and welcome visitors, is why this site exists.

I pray that God continues to bless the content of these sacred pages and lead all of us toward a much-needed social revolution. It is also my prayer that the fire of this intent glows strong and bright, until we as black women, along with ALL of black America, see the moral change we so desperately need become reality.

We Need a Revolution

This note began as a status update that read: “Amie Morehead is really conflicted about certain celebrities, the VMAs, and our ethics and morality as a nation” and the update became a rant that could not be stopped.

Consider this my Jerry McGuire moment; my personal mission statement.

We need to get it together, black people. I like Chris Brown, and I like Lil’ Wayne (to an extent), but I’m bothered by the content of their lyrics and Chris’ increasingly arrogant attitude since he completed his punishment for assault of Rhianna.

So what that Chris Brown threw on a white suit and flew Peter Pan style across the audience??!! it’s all over national news as the best performance EVER, and folks are ranting, raving, and salivating at the mouth, but what about WHO HE IS AS A PERSON, AND THE CONTENT OF HIS CHARACTER? Less we forget that this young man not only assaulted a young woman beyond recognition, but has continued to act out in public forums (GMA, Twitter, his condo in West Hollywood) and behave as a foul-mouthed, arrogant, insolent little punk! And we celebrate it! No outcry for counseling, no forced therapy to determine why he harbors the soul-seething anger that consumes most of our young black men, no…nothing. As long as he flips and dances and lays down a bangin’ track, all is forgiven and forgotten.

What kinds of messages are we sending young people when we celebrate, to this great extent, misogyny and violence against women (namely, black women)? If Miley Cyrus was beaten, would we be so quick to forgive and forget? I’m bothered, y’all. Very bothered.

I want more for my people, more for our young black men, and better treatment for black women. Folks rap, sing, and dance, and the public is entertained, but in the end an entire race suffers the consequences. IT’S JUST NOT ENTERTAINMENT.

We listen to people say and sing things that our ancestors would roll over in their graves to hear us utter, and think to ourselves, “that was foul; I’d never say that to anyone” or “I don’t feel that way about women” yet we congratulate and celebrate those who do? It doesn’t make any sense!

Why do we think 50% of black children are raised without fathers? Why do we think the media doesn’t give two dirty pennies when a women of color or a black child goes missing, or is dumped in a river, or beaten by the side of the road?

The value of our contribution to society and our value as a race is demeaned because we demean ourselves and each other, and fail to demand more from each other when we settle for being the least of who we can be, and I, for one, am SICK OF IT.

I don’t care who wore what to the VMAs if the majority of my people are suffering, receiving sub-standard education, being imprisoned by rates that boggle the mind, and can’t find jobs to feed themselves or their families. I don’t care if Weezy dropped a new album about being the baddest nig*ga and fu*kin’* mad *bitc**es while little black and brown girls are impregnated by the second trying to find “love”, smearing deadly chemicals on their heads to try to be “prettier” to find said “love”, and believe that having a good weave and a big behind is the measure of their worth.

W.E.B DuBois said, in nineteen-oh-freaking-3 (that’s 1903 for those less heated) that the most educated of us have the RESPONSIBILITY to uplift the negro race by providing SOCIAL LEADERSHIP.

That indeed, is what’s missing my friends. If we all bob our heads to the devil’s beat, who do we blame when consumed by the fire?

Stop it. Step up. Open your mouths to call out our people when and where needed, and provide leadership where it’s sorely missing. Wrong is wrong! Period.

I’m being called to service today, and I know exactly where I’m going to start, but I can’t do it alone. Where are my fellow members of the Talented Tenth? Search your hearts today and find out where you can make a difference.

We don’t need another Martin Luther King, Jr. He did his job; heard his call and ACTED ON IT. What we need now are young people, leaders of today, who are here by the grace of God, blood, sweat, and countless tears of our ancestors, and MLK’s works, to keep running with the torch they lit with their lives. We need ALL OF US to join hands and make a difference.

Join me. The revolution WILL be televised.

5 thoughts on “Birth of a Movement”

Inspiring, educating, and empowering black women and girls to create healthy perceptions of self, while campaigning for global perception change.

"Promoting Positive Perceptions of Black Women and Girls, One Story at a Time."